skip to main | skip to sidebar

As someone who enjoyed childhood holidays at The Basin in Pittwater NSW since the early 50's I invite other long time holiday makers to share their earliest of memories of The Basin during the 1950's and 60's.

Sister & brother (close as you can get) I'm on the right. 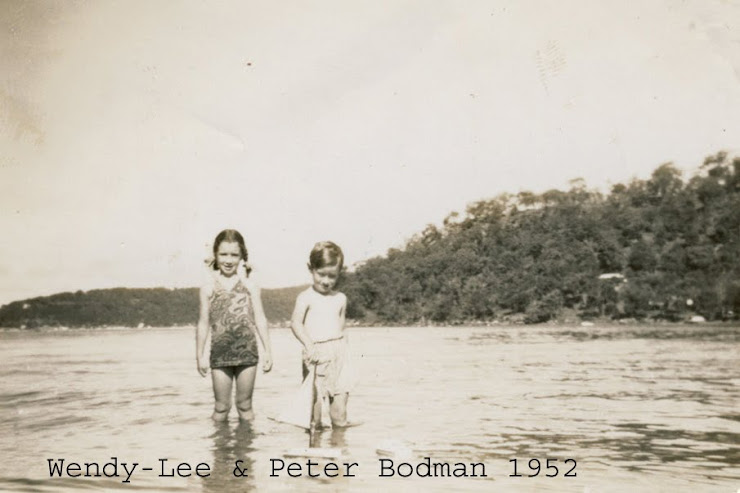 The whole family, half way up 'the mountain' 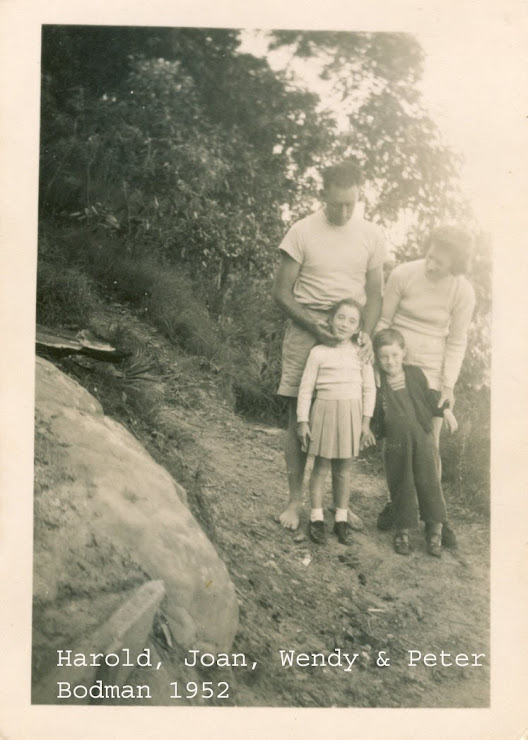 After the second world war my dad returned from the Middle East, Greece & New Guinea and wanted somewher to get away from the busy hustle and bustle of city life and he and his mate Ted set up camp at 'The Basin'.

My own earliest memories of 'The Basin' were a row of squatter's cabins all owner built and mostly fibro shacks in a row lined up at the base of what we called 'the mountain' at the eastern end. My dad (Harold/Harry) was to build a cabin as well but only got as far as the floor and he stuck a permanent tent on it 15' x 15'. Dad didn't proceed with the cabin as he realised he could never own it or sell it on as the (then) 'Kuringai Trust' would be the owner.

We ended up with a permanent tent that was erected all year round (for almost 20 years) on a raised hardwood floor and contained: 2 double bunks, an ice chest and later a kerosine fridge & oven/hotplates, kerosine lights etc. all the mod cons. The ferry would deliver blocks of ice for us to use in our ice chests to keep our food cool for a few days at a time. All we had to do was rock up every second weekend on a Friday night and untie the tent flap and we were all ready. Nothing could be locked and nothing was ever stolen in those days.

I can remember catching the double decker bus from Wynyard for the 1 hr trip to the Palm Beach wharf with dad and his best mate Ted Bunn. The old ferry wharf was further south than the existing one and close to a small grocery store that I think now may (or may have been) a bottle shop and the ferry was the 'Swanhilda' a classic old ferry boat with a 'Southern Cross' Diesel engine that never appeared to miss a beat.

Other less permanent tent dwellers would erect their tents for the Christmas holidays and leave them up till the Easter break before packing up for the year, but they all came back the following Christmas and we spent the whole 6 weeks of the Christmas school holidays camping.

As kids my sister Wendy and I were given the freedom to roam where we liked all day as long as we came back at meal times. Lots of friendships were formed and sometimes it was a 12 month wait till you saw your friends again. It was the same for the parents with good times, lots of drinking, fishing and organised events like the surf carnival in the pics, all done for a laugh.

As a teenager I spent many more holidays with mates and no parents and they were great times, but we did play up some times. A mate who was staying with me turned 17 so three of us took dad's boat to the Newport pub and convinced an old bloke to buy us 3 bottles of cheap sherry, 6bob a bottle back then. I was 16, drunk and sick before we made it back to The Basin and made such a mess that we had to have a beach bonfire and burn some of dad's old army blankets the next morning before we left for home, and I still get an awful feeling when I taste sherry.

For fun I would row my dad's dinghy from The Basin to the Palm Beach wharf and back and would often come across fairy penguins and dolphins.

In the 60's there was a shop near the baths and cold showers and the back wharf and that was great for lollies and ice creams as well as the milk & bread for the oldies. The kids play area had the wierdest swing roundabout thing (maybe a razzle dazzle) that was conical in shape and suspended from the top of the cone that spun around when you pushed it and swayed from side to side and was agreat source of enjoyment as we tried to make it swing as far as we could by standing on the seats as it rotated, way too dangerous for current regulations.

When my mum Joan died she asked to have her ashes spread at The Basin, "somewhere with a view" she said and my sister Wendy is also there with her, but sadly dad is at 'Palmdale Lawn Cemetery'.

Posted by Peter Bodman at 7:37 PM No comments: 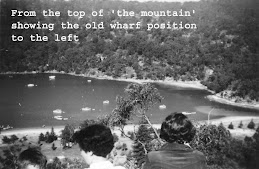 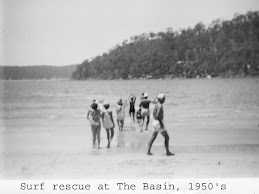 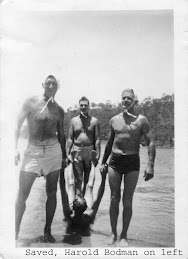 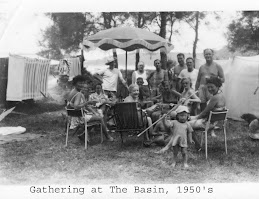 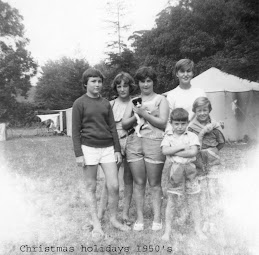 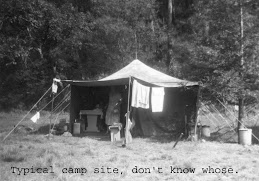 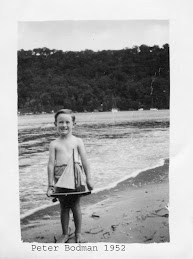 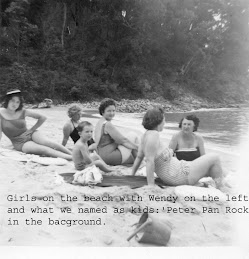